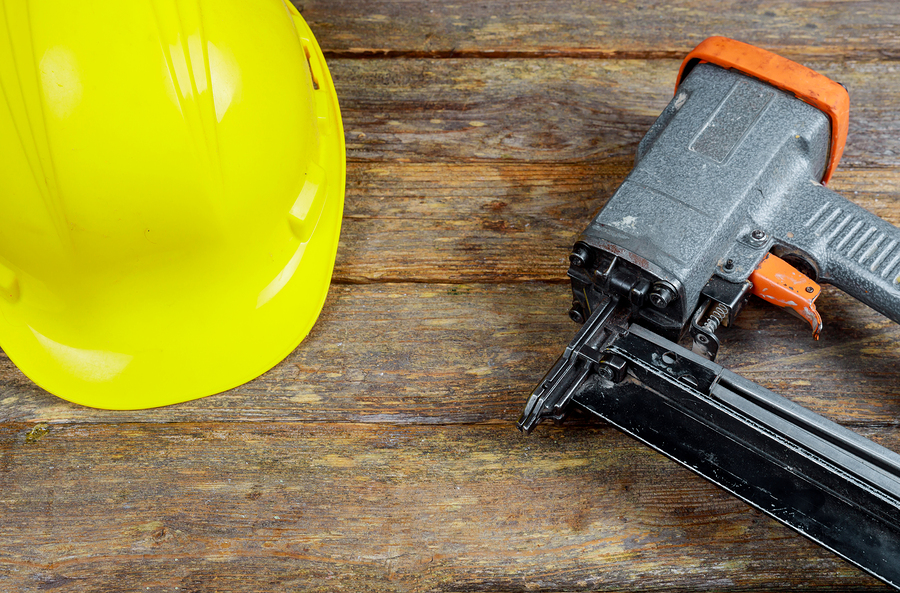 Brad nails are not like ordinary nails. Which is why you need to show a little care when loading them into a nail gun. For many who have never loaded a brad nail into a nail gun, it can be an interesting experience to say the least. While it does take a little time and care, once you understand just how the brad nails and nail gun interact, you can perform the task easier each time out.

Brad nails are primarily used for the trimming around doors and windows. They are often used in furniture and cabinet work. Plus, they can be used on crown molding as well. A nail gun is recommended when using brad nails as they are the most effective in driving them into the wood.

Brad nails are quite useful for holding together different materials. But they are not well-suited for all materials that you might nail together. There are certain hardwoods and manufactured products such as plywood that may be too difficult for the brad nails to work.

You will need to load the nail gun with the right amount of brad nails to ensure that the magazine closes correctly.

Having the best nail gun does little good if you do not select the right brad nails for the job. You will need to get the right type of you want the work to go smoothly.

Brad nails come in strips. This means that they will not break apart until fired out of the nail gun. But then again you can put shorter strips together if needed.

To load the nail gun, be sure to slide the strip of brad nails as far forward as you can towards the firing end. Once in place, use the minimal amount of force needed to shut the magazine. If you hit it too hard, that may cause the strip to fall out of place or simply jam the nail gun right away.

You will need to become familiar with the parts associated with the nail gun. This will allow you to load it properly with the brad nails.

The amount of air pressure used will determine the depth of the brad nail into the wood. The higher the pressure, the deeper the nail will go in. You load the brad nails into the magazine. The magazine lock when pressed lets you load the gun. On the other side is another lock that is used to clear out any brad nails that get jammed.

To keep the brad nails from going in too deep, the depth gauge can be adjusted so that you can correctly determine what is needed.

How to Load a Brad Nailer

Be sure to read the instructions and heed all warning labels on the nail gun. When used properly, it is a highly useful tool. But improper handling or maintenance can turn it into a deadly device.

Some nail guns require the air hose to be connected while others may require it to be disconnected before you load the gun. So, read carefully to see which one applies to your nail gun. The airholes need to be taped up before getting started. Using Teflon tape will do the job if you properly seal the holes.

Depress the cartridge and pull it back so you have full access to the magazine. This will allow you to properly load it with brad nails.

Put the nails into the magazine. Some will load from the top while others are loaded from the side. Whichever type of nail gun you have, ensure that they are being loaded properly.

Make sure that the head of each nail fits into the slot. The slot should be the right size for the brad nails that you use. Most nail guns have several slots, so be sure to choose the right one. Start by inserting a few brad nails and sliding them to see if they stay in the slot. If so, then you can start loading the rest.

This is a common issue that should be avoided. Most nail guns will take 110 nails, so keep the number you load below that. You do not have to make an exact count because it is easy enough to see if too many nails are being loaded.

Now that the brad nails have been put into place, close the magazine until you hear and feel the click. Then, make sure the magazine is shut properly and you can start your work.

Now that you have loaded up the nail gun, the next step is using it on the wood stock. You will notice that different types of stock will have a different effect on how the brad nails are applied. The thickness, density, and hardness of the wood all play roles in how deep the brad nails will go.

Loading a nail gun with brad nails takes some care, but you can get the hang of it after a few tries.

How to Use a Voltmeter