Handyman Guides
Home Handyman Tips Why is it Called a Monkey Wrench? 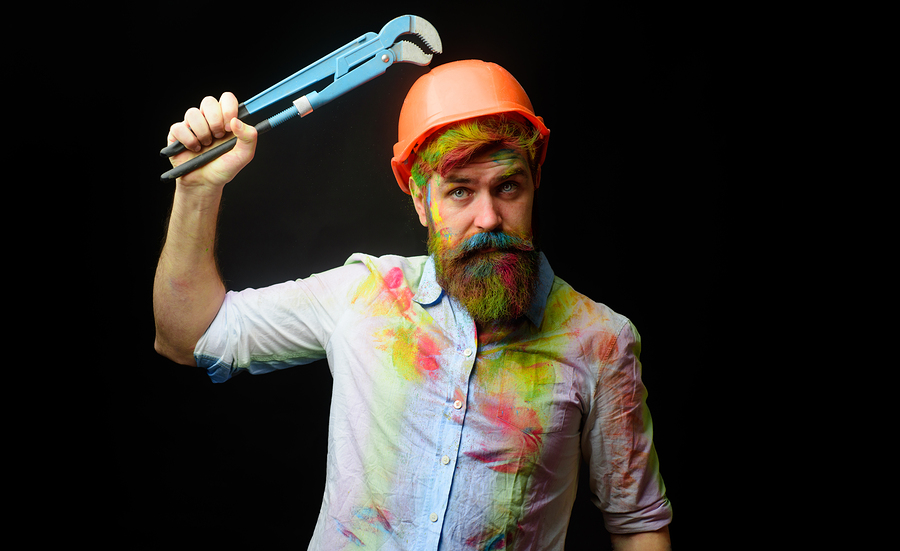 A monkey wrench is a tool that most people are familiar with virtually everyone having at least heard that term. The tool resembles the classic pipe wrench in most ways with a large head and handle. But the main difference is that the jaws of pipe wrench have grooves for a better grip. A monkey wrench has smooth jaws that do not leave behind marks.

But where does the term monkey wrench come from? The origins are not fully known, but there are a few theories that have been floated about.

The problem is that while Johnson did file a patent in 1922 for improvements to the monkey wrench, it has been called that long before Johnson became known to the American public. And while some may have used it as a racist term after 1922, it was not the origin of the name.

A far more likely theory is that the wrench was named after its inventor, Charles Moncky. Moncky filed the patent papers for the wrench in 1858. The wrench itself was well designed for use in the railroad industry, especially for the steam locomotives and making repair work on the cars.

Apparently, Moncky himself came up with the name “monkey wrench” which was a play on his name. The various patents filed for improvements on the wrench used that very term. And when Charles Moncky himself faded into history, the name for the wrench stuck.

As time passed, the name “monkey wrench” took on different meanings which were applied to shop workers who perhaps were not as skilled as they should be. Or the “monkeying” action that was required at times when trying to loosen a fitting using the wrench which did not have teeth. The wrench itself was subject to breaking down as the back of the head could be used as a hammer.

To throw a monkey wrench into the works is a popular phrase used when someone is describing how to mess up an otherwise orderly process. The origins of the phrase pre-date the invention of the monkey wrench itself. It is attributed to the labor movement in the UK which formed in the early part of the 19th century.

The Luddites as they were known would often in protest toss their wrenches or spanners as they are called into the machinery specifically to cause damage. The term monkey wrench was added after its invention which demonstrates how an axiom morphed due to changing technology.

The monkey wrench is still popular today thanks to improvements along with its ergonomic handle that makes tightening or loosening fittings easier to do. But the main design is still basically the same.

How to Make Money Woodworking

How Much Does a Handyman Make?