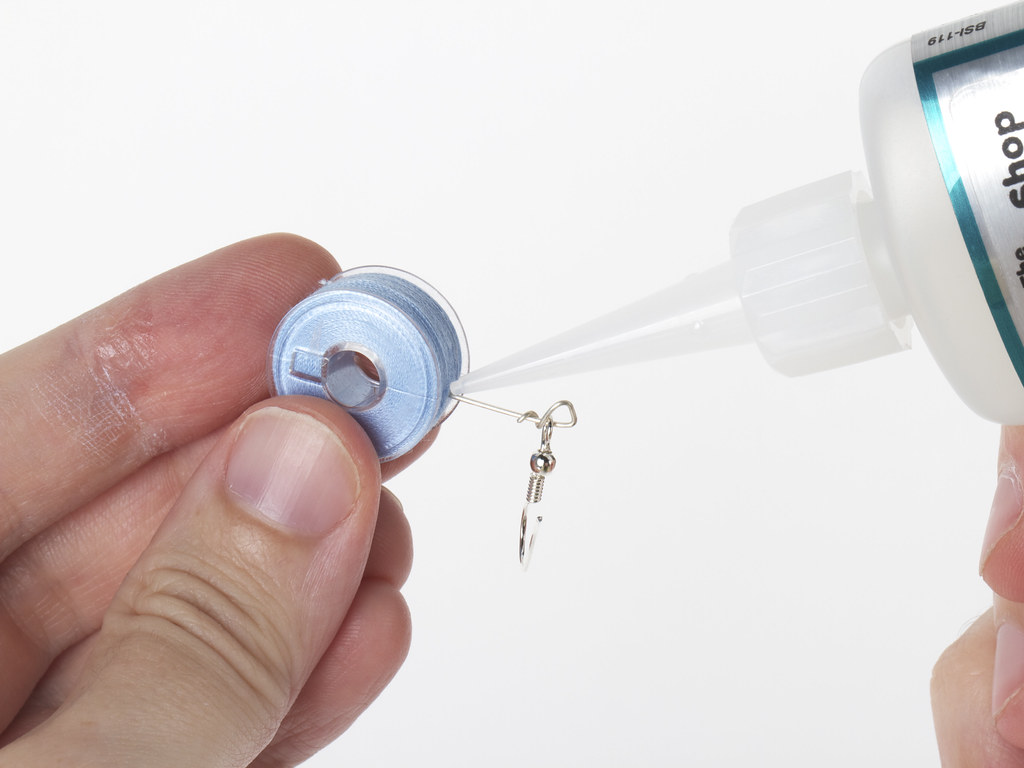 If you have ever accidentally spilled Super Glue, then you know that it will stick to almost any surface within a matter of seconds. This includes your skin as the glue’s adhesive qualities will connect quickly and make it more difficult to pry your fingers apart for every second the glue is in contact.

So, you may wonder why the glue is so effective on your skin, but does not stick to the inside the tube itself? The answer lies in the ingredients that make up the glue and how the bonding process works.

The key chemical used to make Super Glue is cyano-acrylate monomer which is different compared to the standard white glues that bond wood and other materials together. The monomers found in cyano-acrylate will bond together to form long chains of molecules which are called polymers. Polymers are quite common, and all plastics and synthetic fabrics are made from them.

It is the speed in which cyano-acrylate works that is most remarkable. Unlike white glue that has water inside to prevent the glue from sticking to the inside of the bottle, Super Glue works in the opposite manner. The cyano-acrylate is sealed inside a vacuum which lacks water to start the bonding process. Once it is exposed to the air, the water vapor that is present begins the process of hardening to form polymers.

Your skin secretes oils and is moist which makes it a viable surface for the cyano-acetate to start to bond. That is why the Super Glue sticks to your skin so readily but does not stick to the inside of the tube or bottle itself. If you have Super Glue or any glue that is made from cyano-acetate, then it is important to keep it sealed until it is ready to use. When it is exposed to the air, it will start to harden even inside the tube or bottle in which is being kept.

Getting It Off Your Skin

Care should be taken when using any glue. But Super Glue can be quite troublesome because the very moisture in the air provides the material needed for it to bond quickly, especially to your skin. You can try soap and running water to help loosen the glue before it gets a chance to harden, but unless you start right away your chances of removal are fairly slim.

If you have Super Glue around, be sure to have a bottle of acetone around to remove it quickly from your skin or any other object. Acetone breaks up the bonding process, so the Super Glue does not form polymers. Acetone is a common chemical that has several uses, but it is most often found in nail polish remover.

You can purchase acetone itself or nail polish remover and keep it handy just in case you spill the Super Glue or any other type of glue. Keep in mind that acetone is not to be consumed and should be cleaned away once it has been used.

How to Walk on a Roof

How to Make Money Woodworking